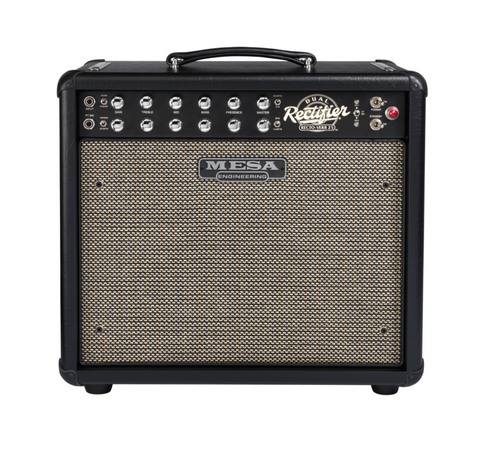 Over 20 years have passed, two generations of guitarists and several musical trend-cycles since the Dual Rectifier® first unleashed its crushing wall of gain on radio. In that time many have mimicked, modeled, dissected and plagiarized it, but it remains firmly planted at the center of hard-core… a rock icon. Still leaving the widest, deepest footprint in heavy music and now a long list of chart topping devotees outside the world of heavy, the Rectifier series has grown to include several now famous heavies like the Triple Rectifer®, Road King®, Roadster®, Mini Rectifier®, and Recto®-Verb 25. Welcome to the Rectifier® Series, a line of MESA/Boogie® amplifiers that have shaped modern guitar tone, forever glorified in recording history, influencing guitar amplification technology from the day they were launched on the scene to this very day.